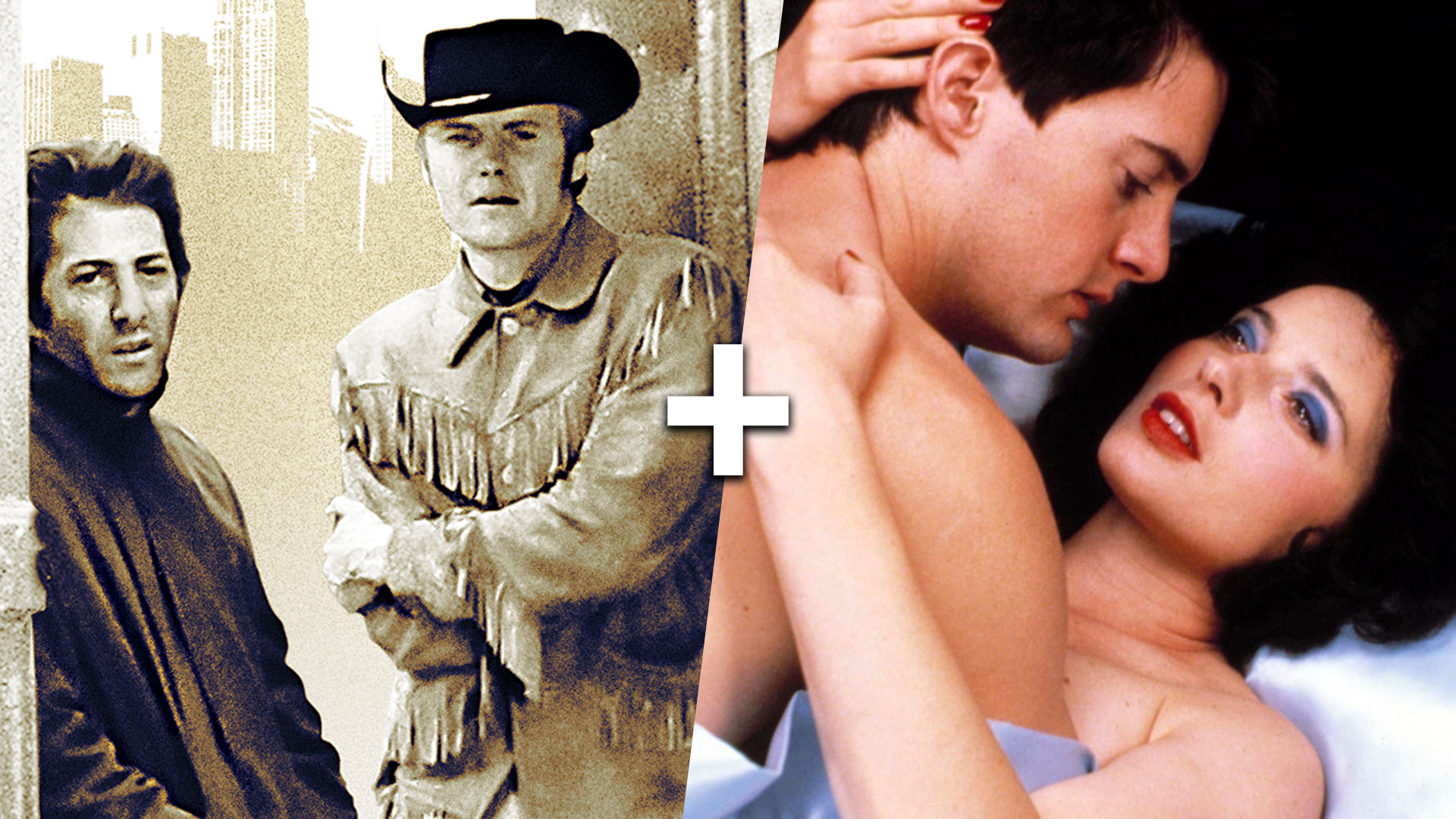 Midnight Cowboy [R18+] Convinced of his irresistible appeal to women, Texas dishwasher Joe Buck (Jon Voight) quits his job and heads for New York City, thinking he'll latch on to some rich dowager. New York, however, is not as hospitable as he imagined, and Joe soon finds himself living in an abandoned building with a Dickensian layabout named Enrico "Ratso" Rizzo (Dustin Hoffman). The two form a rough alliance, and together they kick-start Joe's hustling career just as Ratso's health begins to deteriorate.
+
Blue Velvet [MA15+] - College student Jeffrey Beaumont (Kyle MacLachlan) returns home after his father has a stroke. When he discovers a severed ear in an abandoned field, Beaumont teams up with detective's daughter Sandy Williams (Laura Dern) to solve the mystery. They believe beautiful lounge singer Dorothy Vallens (Isabella Rossellini) may be connected with the case, and Beaumont finds himself becoming drawn into her dark, twisted world, where he encounters sexually depraved psychopath Frank Booth (Dennis Hopper).
Release Date: Jan 17, 2022
Rating: R18
Runtime: 233 mins