What Ever Happened to Baby Jane? + Virginia Woolfe 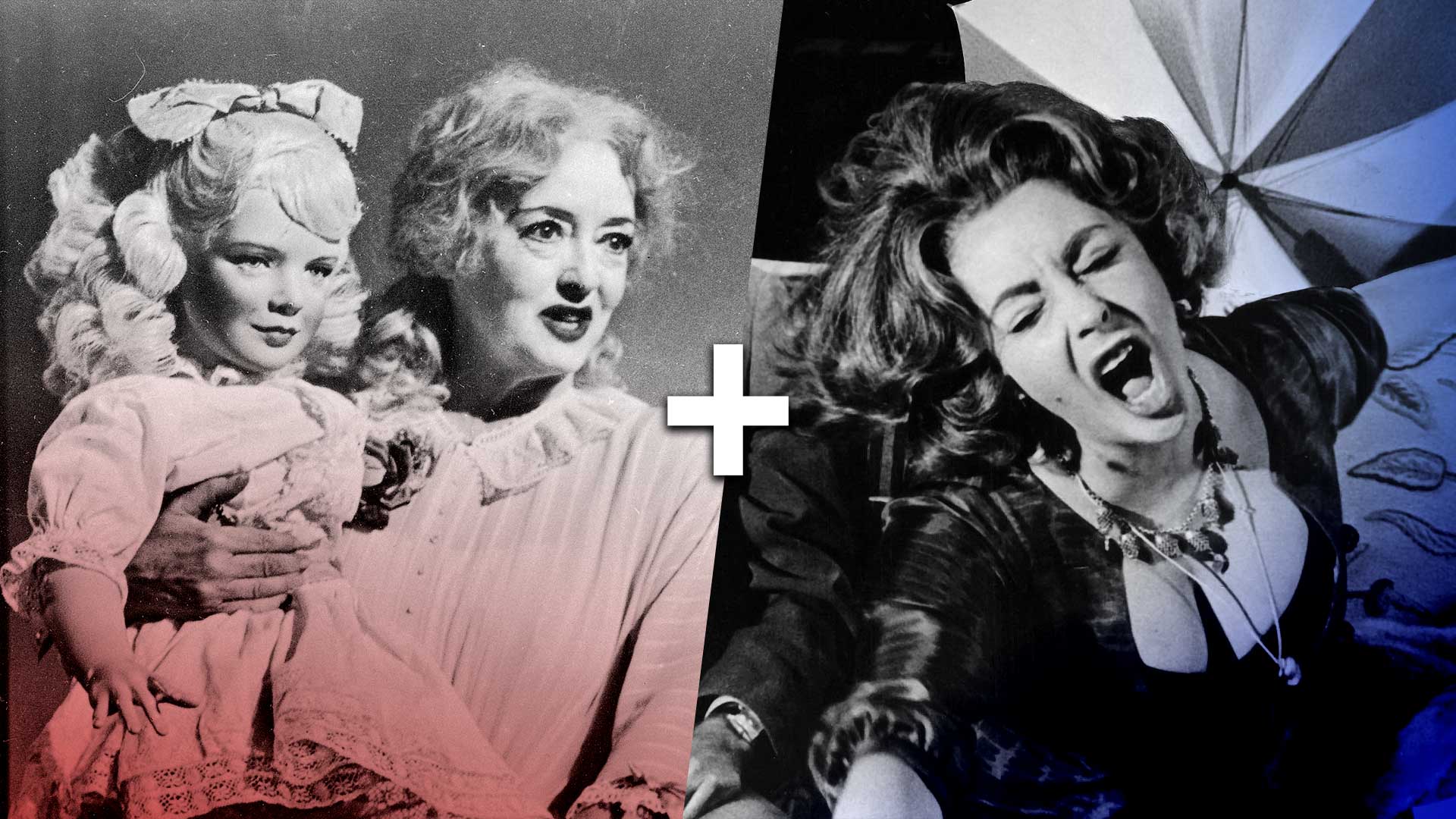 What Ever Happened to Baby Jane? + Virginia Woolfe

What Ever Happened to Baby Jane? (M)

Jane Hudson (Bette Davis) is an aging child star left to care for her wheelchair-bound sister Blanche (Joan Crawford), also a former child actress. Stuck living together in a mansion in old Hollywood, Blanche plots to get even with Jane for the car crash that left her crippled years earlier. But Jane is desperate to keep Blanche imprisoned as she plans a new rise to fame, and tries to hide Blanche's existence from doctors, visitors and neighbors while she devises a way to get rid of her sister.

Who's Afraid of Virginia Woolf? (M)

History professor George (Richard Burton) and his boozy wife, Martha (Elizabeth Taylor), return late one Saturday night from a cocktail party at the home of the college president, Martha's father. Martha announces that she invited another couple, newly appointed instructor Nick (George Segal) and his timid wife, Honey (Sandy Dennis), over for a nightcap. When the younger couple arrive, the night erupts into a no-holds-barred torrent of marital angst and verbal tirades.
Rating: M
Runtime: 132 mins

E Jodie Comer (Killing Eve) makes her West End debut in the UK premiere of Suzie Miller’s award-winning play.
E Soprano Nadine Sierra takes on one of the repertory’s most formidable and storied roles, the haunted heroine of Donizetti’s Lucia di Lammermoor.
CTC Live from Opéra Bastille, this new performance of Rudolf Nureyev’s powerful production stars étoile’s Myriam Ould-Braham and Mathias Heymann as the star-crossed lovers.
CTC From: Aug 20, 2022
1600 years after its legendary foundation, Venice continues to be unique: for its urban environment, made of stone, earth and water, and for its history, that has entered
E From: Aug 27, 2022
Andre Rieu’s 2022 Maastricht Concert: Happy Days are Here Again The concert will be filmed in Maastricht at the beginning of July.
E From: Sep 3, 2022
This riveting contemporary masterpiece appears live in cinemas, with Neil Armfield, who directed the work’s premiere, bringing his acclaimed staging to the Met.
E From: Sep 11, 2022
After the extraordinary success of Rossini’s Il barbiere di Siviglia and Verdi’s LaTraviata (both presented in cinemas in 2021) comes a new opera-film collaboration betwe
CTC From: Sep 17, 2022
For forty uninterrupted years, Robert Moses was the most powerful man in New York. Though never elected to office, he manipulated those who were.
E From: Oct 2, 2022
Captured live from Venice’s iconic Piazza San Marco, maestro Fabio Luisi conducts the La Fenice Choir and Orchestra for Carl Orff’s choral masterpiece, led by three top-f
PG From: Oct 5, 2022
In celebration of 50 years of Billy Joel, “Live at Yankee Stadium” comes to the big screen for a special two-night fan event.